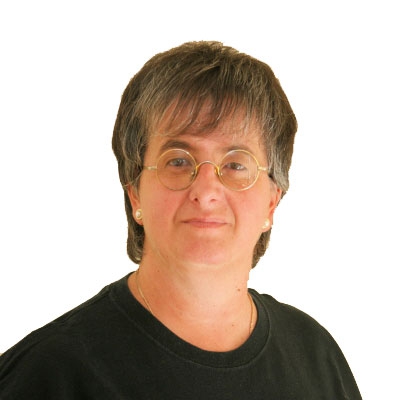 Alice Mascarenhas has been linked to Radio Gibraltar and GBC Television for most of her life having grown up in the old Wellington Front Studios when her father, Manolo Mascarenhas, was General Manager. She began her professional involvement as a radio presenter/producer in 1978, becoming its Senior Presenter /Producer (Community Affairs) in 1985.

Alice has worked as part of the GBC Newsroom team and also presented and co-produced the historically based television pogrammes, ‘Political Development’, ‘The Governors’ and ‘We Served’.

At the top of her career in 1992, she left to pursue her theatrical career at the Guildhall School of Music and Drama where she qualified as a Stage Manager. Her theatre, film and television credits include: 1994's UK Premiere of ‘Jacques Brel Is Alive and Well and Living In Paris’, 1994's BBC Television drama ‘Signs and Wonders’, 1999's ’Gibraltar International Voice Competition’, 2004's dance film ‘Tussle’ featuring Nathan Conroy.

Alice has worked extensively in local amateur dramatics with Group 70, Group 2000 and the Gibraltar Academy of Dance, having co-directed or stage-managed many productions. Credits include: ‘The Real Thing’, ‘Fiddler on the Roof’, ‘Bouncers’, ‘Auntie and Me’, ‘Amadeus’, ‘The Importance of Being Earnest’, ‘Trojan Women’, ‘La Lola Se Va Pa Londres’ and ‘L.M.N.O.P.’ In New Year 2004 she formed part of the production team of the Rock’s New Year's Eve tercentenary celebrations: 'A Night to Remember'.

Presently she is the Features Editor of the Rock’s longest established newspaper the Gibraltar Chronicle, and as such is its chief theatre critic. Her musicals series, ‘Centre Stage’, has been airing on Radio Gibraltar since 1996. Listeners will know that Alice enjoys the music of Rodgers and Hammerstein which feature regularly on the show, but Centre Stage offers a wide choice to lovers of the musicals, and even slips in the odd zarzuela and operetta number.